“You may dislike a thing, yet it may be good for you;
or a thing may haply please you, but may be bad for you.
Only God has knowledge and you don’t know.”
The Holy Qur’an (2:216)

“Anything that I say about Islam as a living faith
is valid only in so far as Muslims can say ‘amen’ to it”.
Wilfred Cantwell Smith 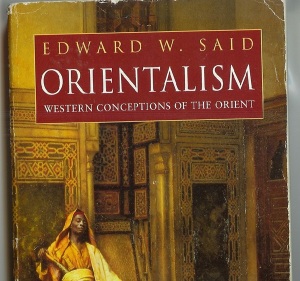 Is there anything from Orientalism but negative meaning? To a greater extent, it is vastly felt by Muslims throughout the world and it could be true. This paper tries to discover an uncoverable side from the so-called Orientalism. For the majority of Muslims, the term Orientalism has by and large a pejorative connotation. This is related to the unfavourable relation between Muslims and Christians for hundreds of years:  their  early contacts when Islam spread to Europe, two hundred years of Crusades, and lastly, European colonialization of Muslim countries. Their long historical contacts –sometimes spent in harmony and sometimes in disputes– have led to  the forming of an image where each  suspects the other. On the Christians’ side, Islam is not only historically admired but also viewed as a dangerous religion and a frightening word which evokes a threat to Christian, Western hegemony. And in the Muslims’ view, Orientalism is an ‘intellectual weapon’ of Christianity and the West for weakening Islam by way of blurring Islamic doctrines and disconnecting Muslims from Islam. According to Lewis, the very long Muslim-Christian relation has been coloured by peace and dispute. END_OF_DOCUMENT_TOKEN_TO_BE_REPLACED